Yellow Sound Production is a cutting-edge, full service recording company and facility based in New York City that produces established performers, up-and-coming artists and noteworthy cast recordings. As a boutique company, we take a hands-on approach in nurturing and producing our artists. In addition to being the production arm of Yellow Sound Label, Yellow Sound Production also handles projects for a wide range of television shows and New York based labels including Sesame Street on HBO/PBS, Broadway Records, Ghostlight Records, Warner Music, Sony Masterworks and many more. 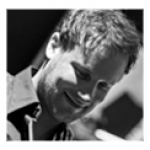 Michael is the owner of Yellow Sound production, a music recording company in  New York City. Yellow Sound  currently serves as the musical home of Sesame Street on PBS, on which Michael plays drums and percussion, and is the music mixing engineer (11 Emmy Awards). Other clients include: Submissions Only (producer, mixer,composer), PBS’s The New Electric Company (1 Emmy Award), Disney’s Johnny and The Sprites (1 Emmy Nomination), ABC’s One Life To Live (Emmy for Song Of The Year), Audible, AMC, HBO, MTV Movie Awards, Macy’s and NBC. The record company, Yellow Sound Label, has produced solo albums for such artists as Chita Rivera, Alan Cumming, Jose Llana, Jessica Vosk, Telly Leung and cast recordings of Matilda (Grammy Nomination), Burt Bacharach and Steven Sater’s Some Lovers (Grammy Nomination), Groundhog Day, Bandstand, Big Fish, First Date, The Visit, Murder Ballad, Heathers, Lighting Thief, The View Upstairs, Herringbone featuring BD Wong and many more. As a musician, Michael has played on some of the aforementioned recordings and is an accomplished performer. He serves as music director, drummer and guitarist for Chita Rivera. He was the drummer and co-arranger for Alan Cumming for several years and he appeared with Florence and The Machine on Letterman in 2011. He was the drummer for the Broadway revival of Sunset Boulevard starring Glenn Close.  He was the drummer for the hit Broadway show Avenue Q for 6 years and did the broadway run and subsequent tour of Chita Rivera, The Dancer’s Life. In addition, he’s appeared in performance with such diverse artists/composers as Spencer Day, Keith Lockhardt, Jerry Goldsmith, Jack Elliot, Wynonna Judd, John Legend, Elvis Costello, Miche Dichter, Randy Brecker, Audra McDonald, Don Rickles, Tommy Tune and Kristin Chenoweth. Michael is a member of the National Academy of Recording Arts & Sciences, the American Society of Composers, Authors and Publishers, and the American Federation of Musicians. 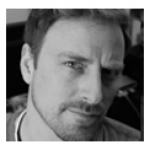 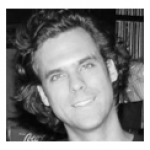 Brooklyn-based record producer, musician and recording/mixing engineer who has been playing, singing, recording, mixing and producing professionally since the age of 17. His mama said, “Douglas, I think you’ve gone ‘round the bend on this music thing.” And Doug replied, “That’s right Ma. And I ain’t comin’ back!” In the ensuing 25 years, Doug has mixed records for the artists such as Ben Folds, Dave Mathews, Chita Rivera and Evermore. He has performed live with the likes of Bruce Hornsby, Bonnie Rait, Chaka Khan, Ricky Skags and Branford Marsalis. He appears on albums with John Mayer, Mandy Moore, Bruce Hornsby, Keller Williams, Jackopierce O.A.R., Jimmy Gaudreau and many more. 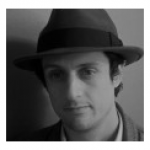 Jorge P Muelle began his recording career as an intern at South Beach Studios. He then flew down to the Yucatan to work as head engineer at Machine Head Recording Studios, where he spent most his time recording and mixing for various world music and latin jazz artists. In 2001, Jorge moved to New York City and began working as a sound designer and mix engineer for Off-Broadway productions, and was the Resident Sound Designer at the Ars Nova Theater in 2007. Some design credits include The Seagull (CSC), Holy Cross Sucks (Ars Nova), 25 Questions for a Jewish Mother, and Freestyle Love Supreme. In 2008, he went back into the studio to begin production on Sesame Workshop’s The Electric Company as the music department’s mix engineer, working with such artists as LL Cool J, Ne-Yo, Sean Kingston, and Jimmy Fallon. Since then, Jorge has also mixed the orchestrations for Barrio Girl: The Musical, which premiered at the Kennedy Center in 2009; with music by Bill Sherman; After The Storm, a documentary about post-Katrina New Orleans, music by Stephen Flaherty and Lynn Ahrens; Alice Jacobs is Dead, written by Adam Horwitz, which received an award for Best Horror/Suspense film at the 2009 Comic Con Festival; and MTV’s Gamekillers and their 2009 Video Music Awards. Jorge attended Full Sail University, where he received a degree in the recording arts. 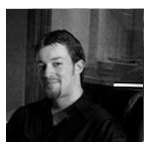 Born and raised in the southern part of Germany, Matthias grew up playing instruments (Violin, Piano, and later on Drums) for at least two to three hours every day. It was at the age of 16 that his interests rapidly shifted to the rather technical side of music, when he got hold of an old Atari 520ST Computer with Notator, Cubase 2.0, and a keyboard with sound modules. Ever since, his main focus was music production, which eventually lead to a point where it was obvious that learning about sound engineering was necessary in order to keep moving forward. After finishing an Audio Engineer Diploma course at the SAE Institute in Frankfurt, Matthias had learned his first lesson in sound engineerng – it can’t be learned from books! He was lucky enough to get an internship at RGM-Studios, a major facility in Frankfurt, where he was made studio assistant after the first month. The following 9 months he spent between 70 and 100 hours there weekly, taking in every single bit of knowledge given, assisting Raul Geisle and Chris Heil. In April 2006, Matthias moved to New York, where he found out that his 2nd cousin, Mike Croiter, was in the process of building the Yellow Sound Lab. Mike was looking for an Engineer, Matthias was looking for a studio so it was meant to be. The first job was a big one – a TV Show for the Disney channel, which was a great success. Since then Matthias had the opportunity to work with some of the finest musicians New York has to offer, a selective list of credits can be found at www.myspace.com/mattwinterproductions. 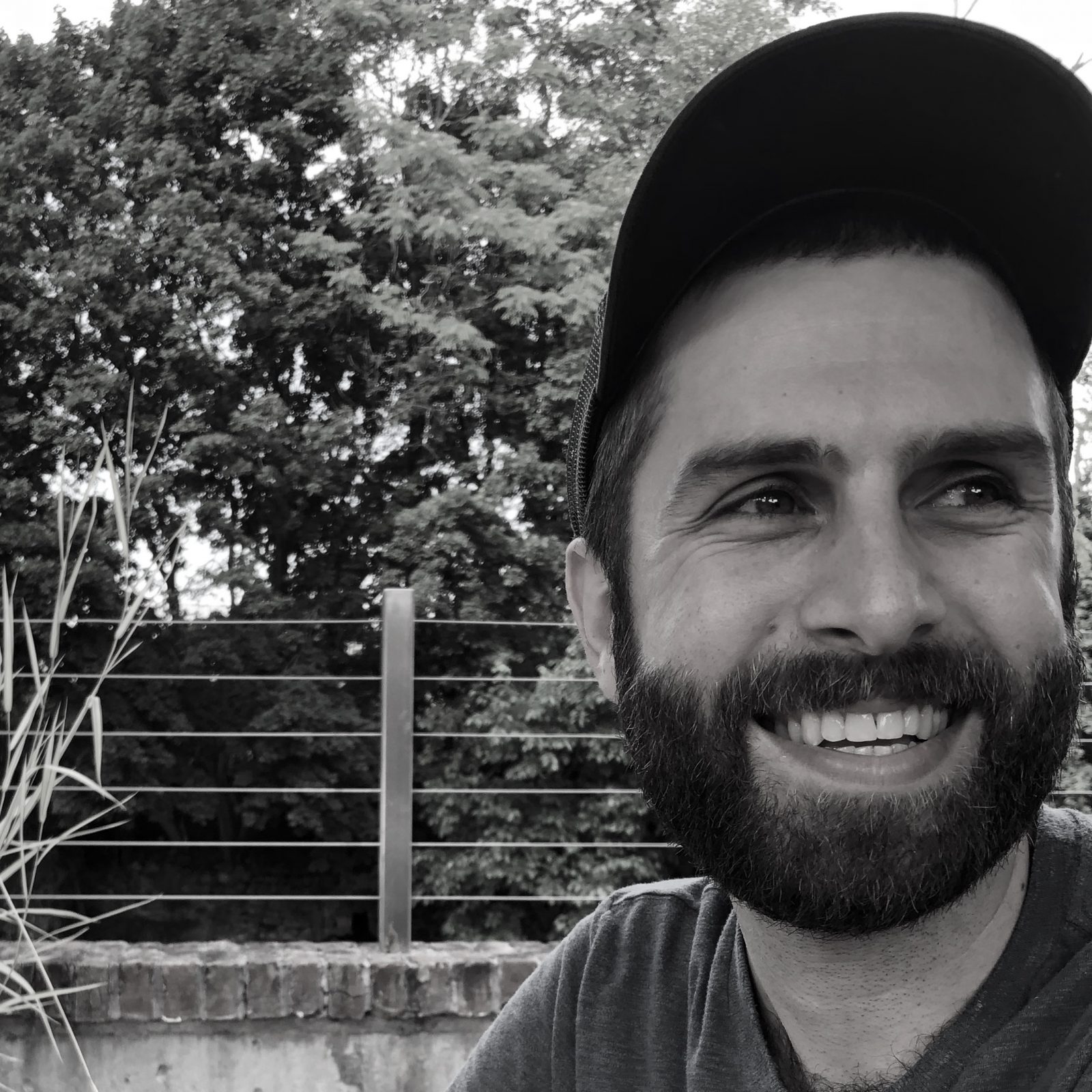 Tyler Hartman is a Mixer/Engineer based in the Hudson Valley, NY. Tyler got his start at the world-renowned Avatar Studios, now known as Power Station Berklee. At Avatar Tyler worked alongside some of the most talented Engineers and Producers in the industry including, Dave O’Donnell, Kevin Killen, Todd Whitelock, Frank Filipetti, David Kahne, Mark Ronson, and Lin-Manuel Miranda. While there, Tyler intimately learned how to capture and deliver audio at the highest professional standards working with artists such as James Taylor, Paul McCartney, Sting, Christian McBride, Trey Anastasio, J. Cole and Bruno Mars.

These days Tyler mixes music for a variety of Television and Film projects such as, Sesame Street, Nature Cat, Donkey Hodie, In The Heights film, Tick Tick BOOM film. He also serves as Music Coordinator for Sesame Street.

On nice days when Tyler is not mixing he can be found at Randal Airport flying sailplanes or out with his family enjoying the outdoors.