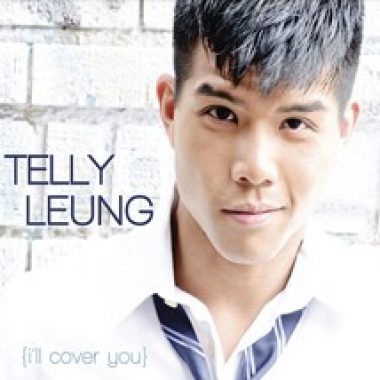 I’ll Cover You is an eclectic collection that features a variety of genres. “Although most audiences know my work as a Broadway performer,” Telly says, “I love music of all genres. I wanted to ‘cover’ these songs in a way that would make the listener hear them again with a new perspective.” His theatrical roots are represented by a joyously rhythmic arrangement of “Before The Parade Passes By” from Hello, Dolly!, a thoughtful “Children Will Listen” from Into The Woods and the disc’s title track, which he performed in the final Broadway cast of Rent. The disc also features fresh interpretations of pop hits like a stirring rendition of Katy Perry’s “Firework”, Madonna’s “Papa Don’t Preach” and a lyrical, pensive take on “Galileo” by The Indigo Girls.

Other highlights include his jazzy, saloon-soaked interpretation of the Cy Coleman standard “I’m Gonna Laugh You Right Out Of My Life” and a sweet, tender rendition of Lennon & McCartney’s “In My Life” with simple guitar accompaniment. The album closes with a live performance of the Whitney Houston hit “I Believe In You and Me,” with a full display of his soaring falsetto, recorded in concert at Birdland Jazz Club in New York.

CLICK HERE TO VISIT THE OFFICIAL SITE OF TELLY LEUNG…..